On October 31, The Washington Post reported of a new concentration of Russian troops near the Ukrainian border, citing US officials and Western analysts. The next day, on November 1, various journalists, including The New York Times' Christian Triebert, published satellite images of Russian vehicles in a field camp in the town of Yelnya, Smolensk region, roughly 300 km from the Ukrainian border.

Western experts, such as Michael Koffman and Konrad Muzyka, suggest that the vehicles near Yelnya belong to the 41st Combined Arms Army from the Central Military District in Russia's hinterland. In April this year, this army's vehicles and servicemen were transferred from their bases in Siberia to the Pogonovo training ground south of Voronezh (we have extensively covered that redeployment). Later the Russian military said that part of the vehicles would remain at the training ground for "Zapad-2021" military exercise, scheduled for autumn. Satellite imagery for September this year leads us to doubt that the vehicles took part in the exercise.

Later Sentinel-1 radar satellite images show the vehicle parking at the Pogonovo training ground gradually emptying through October. Around the same time period, several videos were posted that showed massed military vehicles around Maslovka railway station south of Voronezh, which in spring was used to unload the vehicles of the 41st Army. During the past six days, we have obtained data from GdeVagon railcar tracking service on three trains carrying military vehicles that were filmed in Bryansk region. All three were apparently headed for Yelnya. For one of them, we learned that it departed from Tresvyatskaya railway station east of Voronezh, which in April was also used to unload vehicles bound for Pogonovo. 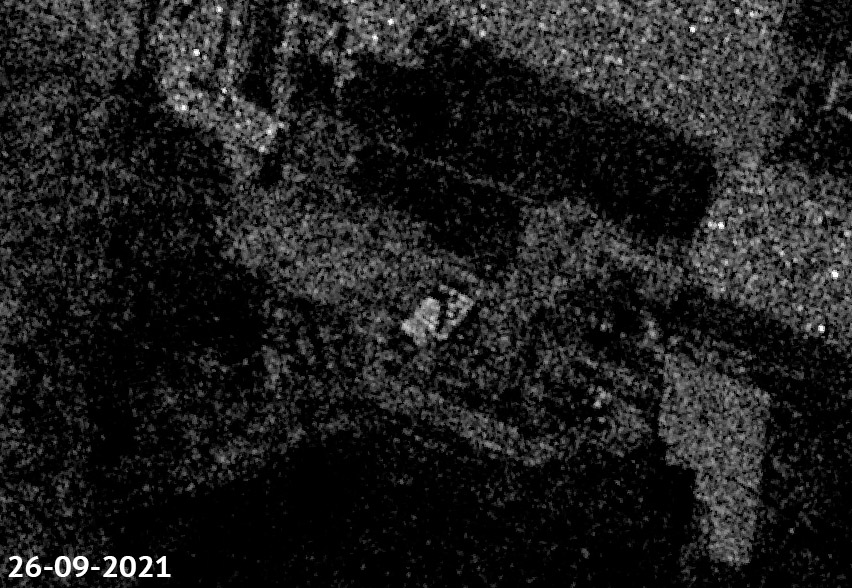 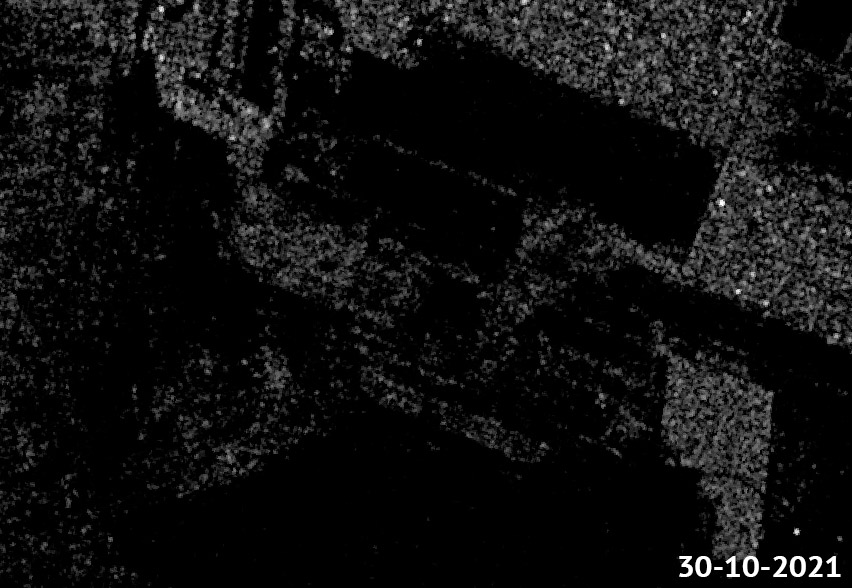 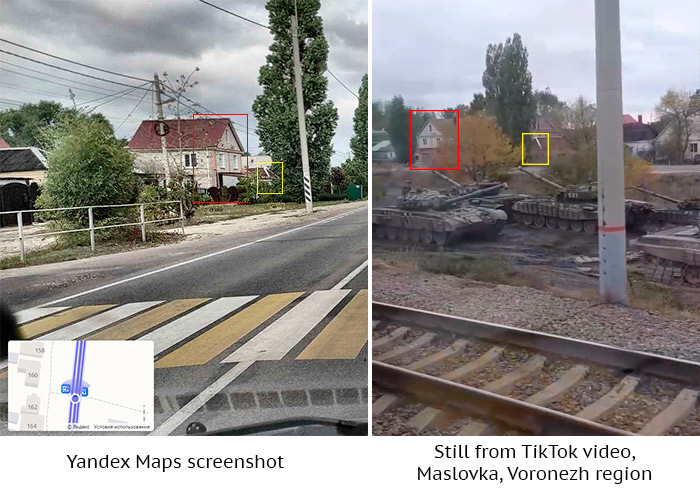 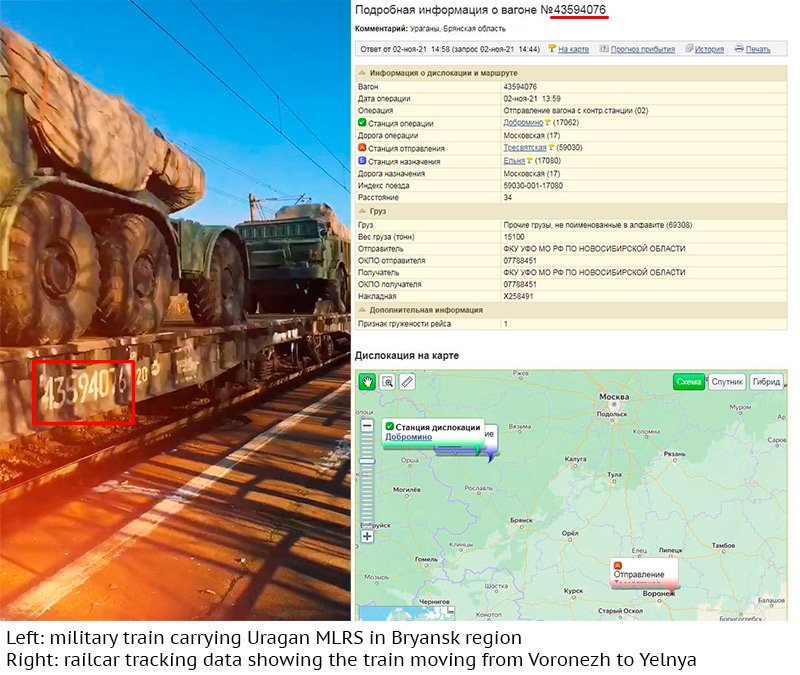 The fact that vehicles of the Central Military District are leaving not back to their permanent bases, as it was announced in spring, but to a new camp at about the same distance from the Ukrainian border, is certainly a cause for concern, although it does not present clear evidence of preparations for an offensive operation. As we have noted before, while the redeployment of vehicles from Siberia took several weeks, a transfer of the units' personnel, even if it did return to their bases, would take mere days, after which those forces could be deployed to Ukraine.

The redeployment itself can be explained by the fact that the new camp is situated next to the base of the 59th tank regiment, which, unlike the Pogonovo training ground, should have the infrastructure to service and repair the vehicles. Such redeployment would be reasonable if the Russian command were planning to keep the 41st army vehicles combat-ready next to the border at least through the upcoming winter.

The Yelnya camp is not the only example of suspicious activities near Russia's western borders. Several videos on social media show massed Russian vehicles in the border areas around Klintsy in Bryansk region, Kantemirovka (Voronezh region) and north of Shakhty (Rostov region), as well as the city of Kursk. 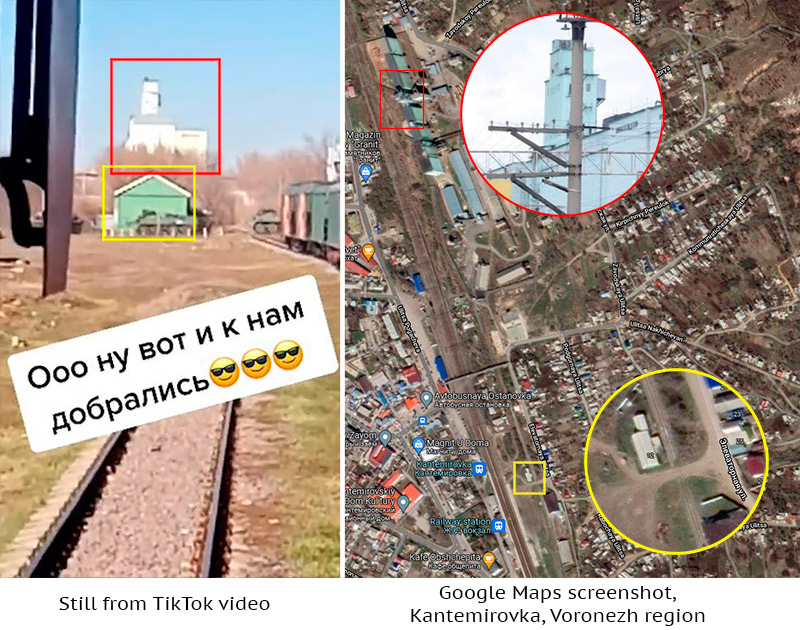 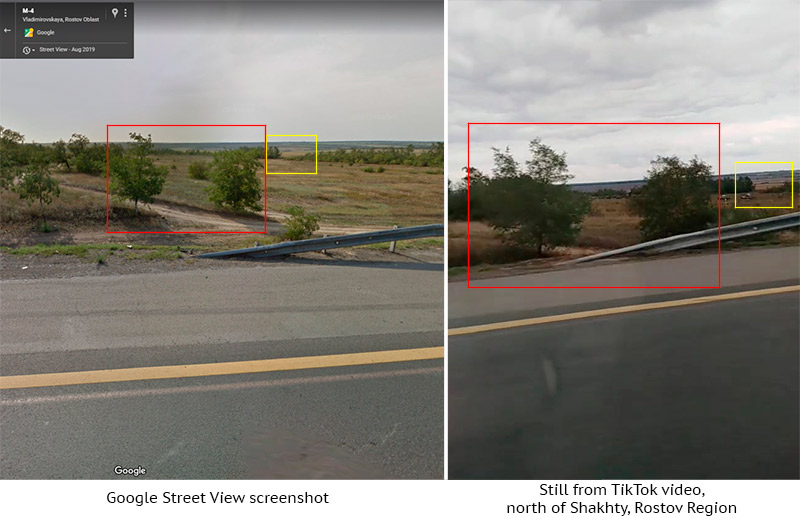 It should be noted that permanent Russian military infrastructure is being constructed in Klintsy and Boguchar (mentioned in the comments to the Kantemirovka video as a likely destination for the vehicles), so the arrival of vehicles there could be explained as reinforcing existing units, not only as deployment for an incursion into Ukraine. Rostov region, meanwhile, has the 150th Motorized Rifle Division permanently deployed, and is also hosting BARS exercises for future reserve units.

The Kursk tank video is a much bigger cause for concern. It shows T-80U tanks, which are used by the 4th Kantemirovskaya Guards Tank Division, based near Moscow (it should be noted that the geolocation shows the train moving south). The presence of this unit near Bryansk and Kursk is also noted by Janes analysts, as cited by Politico. The 4th TD is so far the only unit that we know of that has gone from its permanent base towards the Ukrainian border during the recent suggested influx of troops. 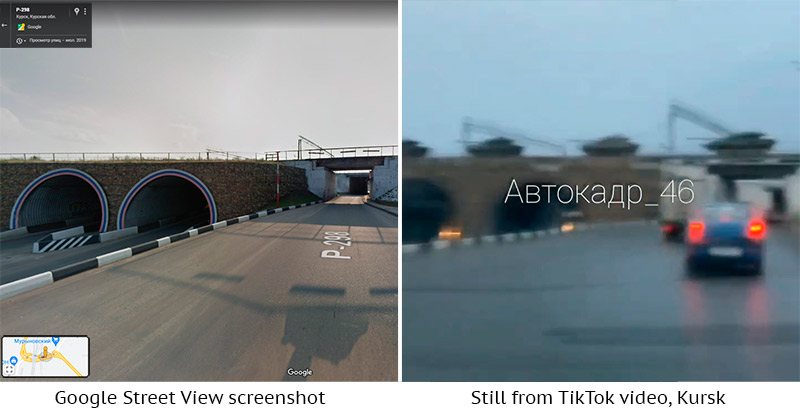 Apart from that, a video with another tank train was posted by a Russian-language open source analyst on Telegram. The train was allegedly heading towards Crimea (we have checked and confirmed the geolocation). Of particular note are the distinct structures over the tanks' turrets, allegedly intended to protect the tanks from Javelin anti-tank guided missiles (which often strike a target from above) and attack drones (both fielded by Uktaine). On the other hand, another recently posted video shows a train with vehicles, which, according to GdeVagon railcar tracker, was moving from Crimea to Budyonnovsk, Krasnodar region, which is the base of the 205th Separate Motorized Rifle Brigade.

Unlike this spring, when we saw a massive, focused movement of troops and personnel towards the border, this time we observe a notably lower level of activity, which could be at least partially explained with planned vehicle movements and/or reinforcement of existing units. However, the now indefinitely extended storage of 41st Army vehicles relatively close to the border, as well as the presence of the 4th Tank Division in border areas, are indeed causes for concern. This is why we will continue to closely monitor the developments and kindly ask to send the evidence you may encounter to [email protected] or via Telegram to @leviev.