Did a TOW strike a Russian howitzer battery in north Aleppo?

On April 14, a Free Syrian Army group “Fastaqim Kama Umirt” uploaded a video of a TOW missile strike on a KAMAZ truck at a pro-Assad artillery position.

Twitter users noted that the shape of one of the howitzers visible in the video matches a 2A65 (“Msta-B”) howitzer.

Unlike D-20 and D-30 howitzers, which are used by Syrian government troops, Msta-B howitzers have been repeatedly spotted in Syria accompanied and/or operated by Russian soldiers. 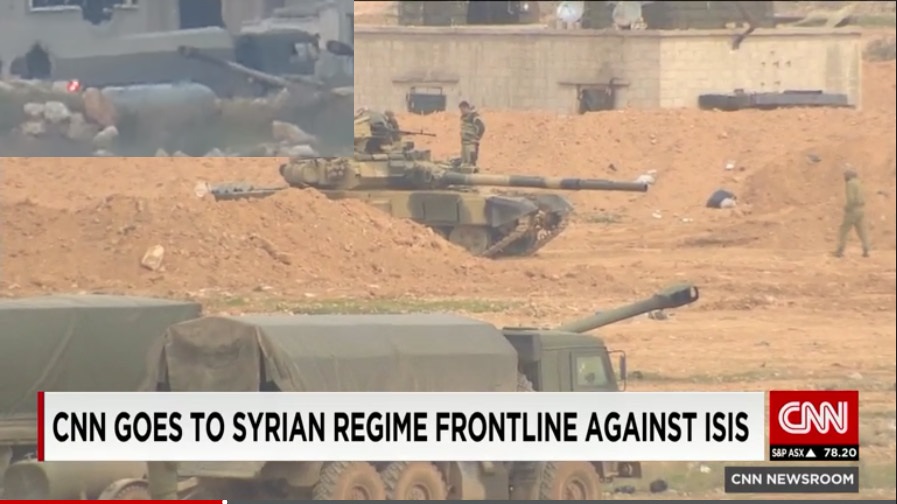 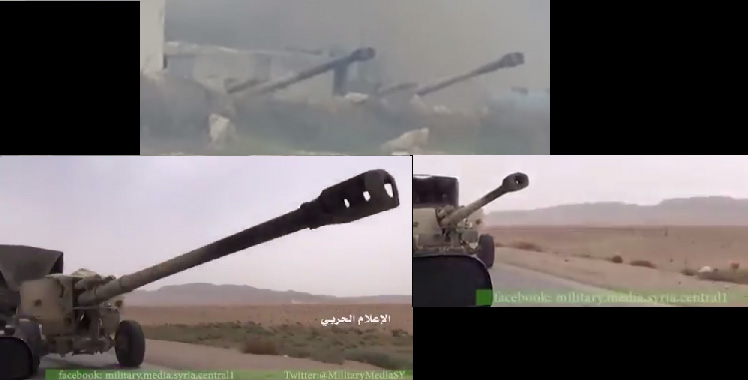 In 2015, howitzers of similar color, likely crewed by Russians, were spotted in a video filmed to the west of Palmyra:

At the time, their presence west of Palmyra was confirmed by a Russian Ministry of Defense map.

After the Palmyra offensive ended, the howitzers with their Russian crews were likely transferred to northern Aleppo where they are currently engaged in an offensive against Syrian rebels (despite ceasefire).

The video lacks details for a precise geolocation, but the description says it was filmed in Handarat just to the north of Aleppo. As of April 14, a pro-Assad offensive near Handarat is attempting to completely cut off the rebel-controlled neighborhoods of the city of Aleppo. 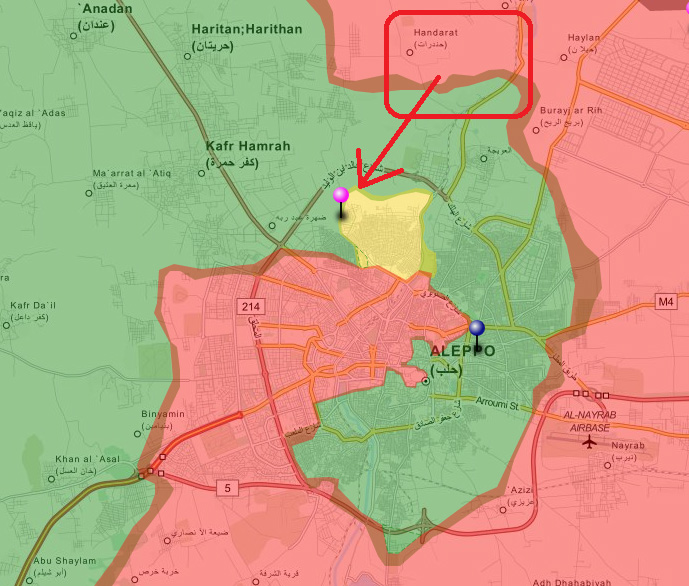 If our analysis of the video is correct, this offensive, just like the one earlier this year in Latakia governorate, is supported by Russian artillery.

If the video indeed shows a TOW strike on Russian vehicles, this would be the second known case during the Russian operation in Syria. On November 24, 2015, a TOW strike from “1st Coastal Division” FSA group destroyed a Mi-8 helicopter and killed one Russian marine.

This video does not allow to assess the losses and/or damage caused by the TOW strike. The rebels claim having destroyed an ammunition truck; however, no second explosion, which is often visible in such cases, can be seen in the video.