In the evening of July 22, the Russian Ministry of Defence issued a statement that a Russian serviceman had been killed in Aleppo governorate, Syria. According to the MoD, Nikita Shevchenko was guarding a humanitarian convoy send to the locals by the Russian center for cessation of hostilities. “An improvised roadside bomb exploded at the entrance to a settlement”, the Ministry stated.

The statement did not specify the settlement where the bomb was planted. The MoD added that military medics treated the soldier on site but failed to save his life. The latest remark could suggest that a day or more could have passed from the explosion to his death.

The situation on the ground in Aleppo has been pretty heated recently. On July 17, pro-Assad forces established control over Castello road to the northwest of Aleppo city. This road was the last supply route for opposition groups active in the city and 300,000 civilians remaining in the rebel-held part of Aleppo city. Due to the strategic importance of the road, several rebel groups have been attempting to reestablish control over it, counterattacking the positions of Syrian Arab Army and its allies. 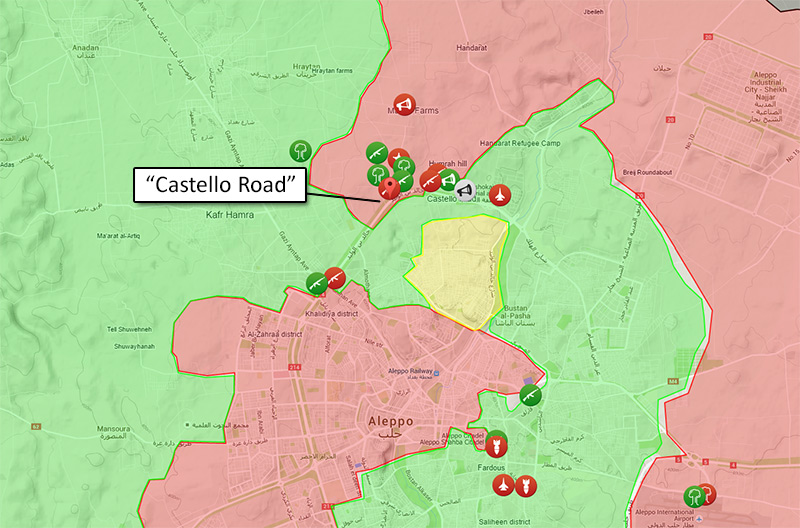 After the Russian Ministry of Defence recognized Shevchenko’s death, an islamist opposition group “Sham Legion” claimed on Twitter that the Russian serviceman was killed with an ATGM launched by the group. Here’s our translation of the tweets published by the group:

In the morning of July 23, the group posted the video purportedly showing an attack on a group of Russian officers upon Sheikh Yusuf hill:

The Ministry of Defence has been repeatedly using the humanitarian convoy story, which makes their claim of the circumstances of Shevchenko’s death less credible. For instanc, this was the explanation of the death of the Russian marine Andrey Timoshenkov: according to the MoD, he stopped an car stuffed with explosives from reaching a humanitarian aid distribution depot. When commenting on the circumstances of the death of the Russian marine Alexandr Pozynich who took part in a search an rescued operation for the pilots of the downed Russian jet, the MoD claimed one of the helicopters was destroyed with mortar fire. However, a Free Syrian Army group published a video of the destrution of the Russian helicopter, showing that it was in fact destroyed with a TOW ATGM.

However, Sham Legion’s statement is also problematic. They claim they hadn’t shared the information on the Russian soldiers’ death. However, on July 18 “Fatah Halab” Twitter account posted a statement on “killing of Russian officers installing signal equipment upon Sheikh Yusuf hill”:

Fatah Halab is a joint operation room of Syrian opposition groups active in Aleppo. One of the group’s members is “Sham Legion”, the group who has claimed Shevchenko was killed in thei attack. Sheikh Yusuf hill is to the east of Aleppo: 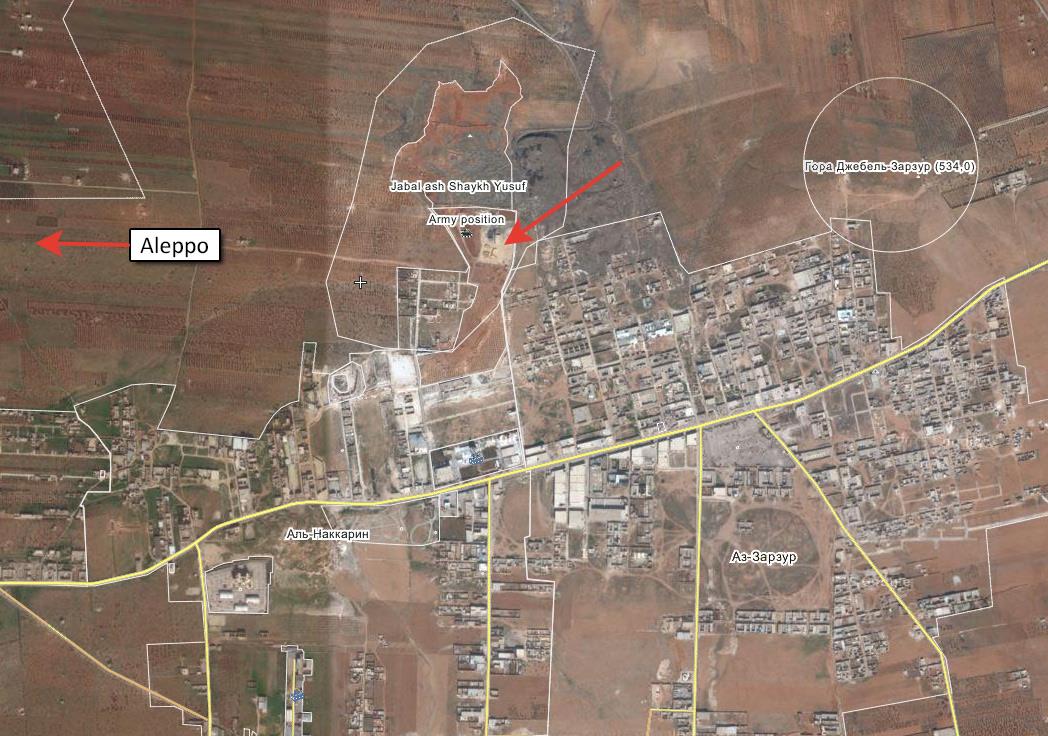 Are there Russian soldiers near Sheikh Yusuf hill?

There is no official data on Russian soldiers’ presence in the area, but there is evidence suggesting this is the case. For instance, on July 17 “Sham Legion” posted a video of an ATGM strike on a 9K57 Uragaan MRLS at al-Nayrab airbase to the southeast of Aleppo.

Right before the ATGM strike, the vehicle’s right door is open: 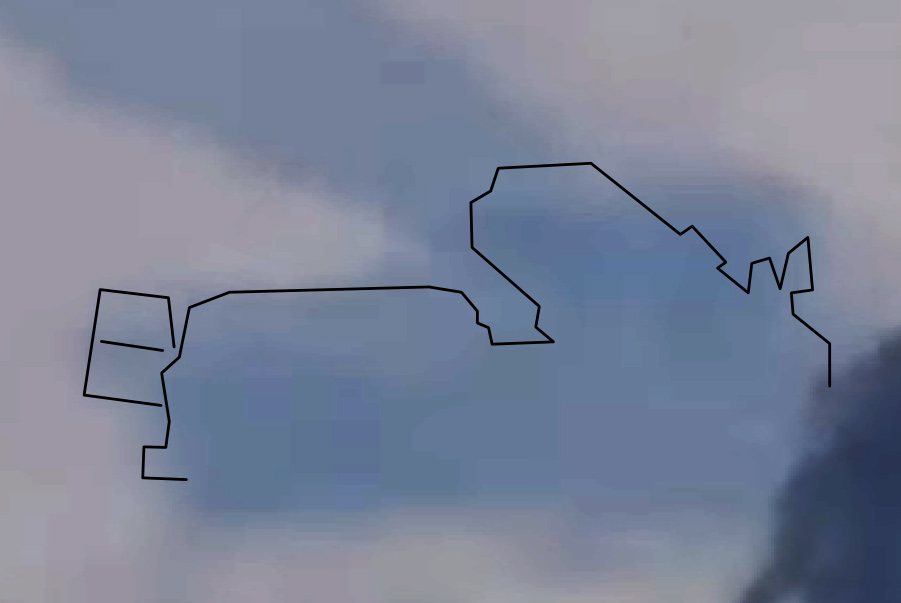 A frame from a reference video of BM-27 Uragan battalion exercise shows that the crews often leave their vehicles’ doors open for a short time: 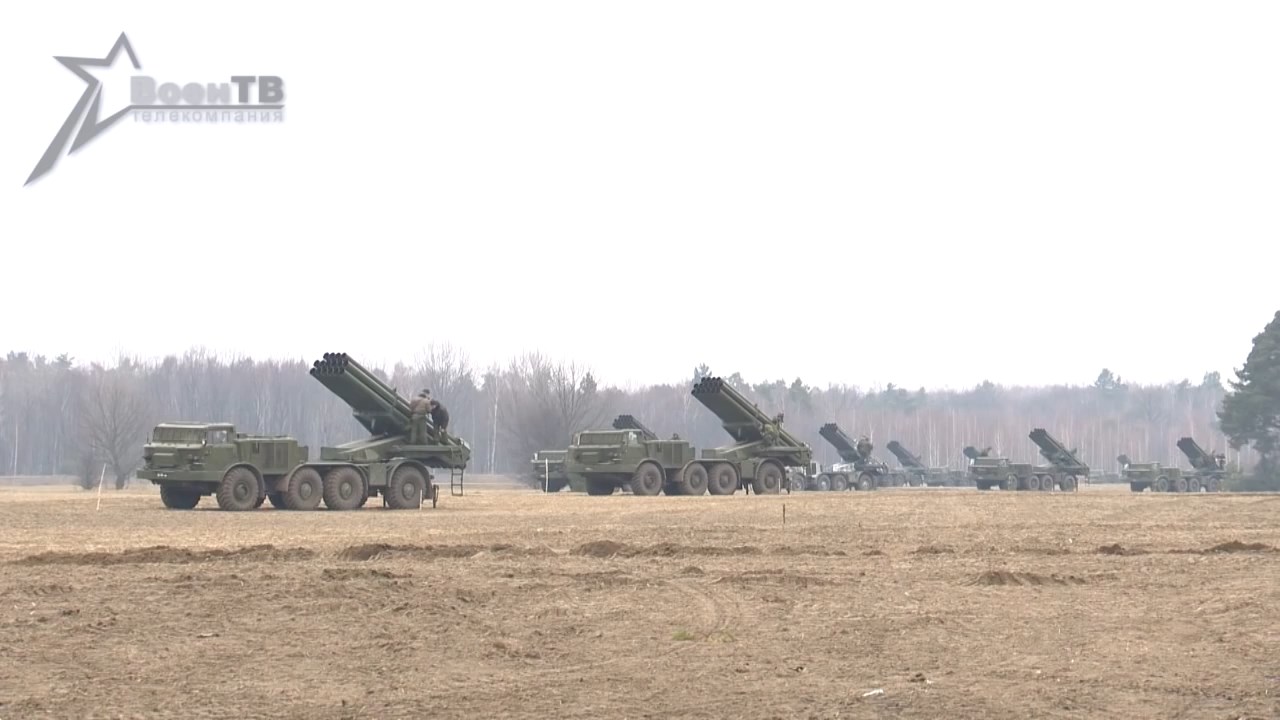 On July 20, another video was posted, titled “Destruction of Assad gangs’ Hummvee”:

A close look at the video suggest it shows not a HMMWV but a Russian Gaz-Tigr armored car:

On July 22, the group posted a video of the destruction of a helicopter, also at al-Nayrab:

In this video, we can see a military KamAZ-5350, which is used by Russian troops in Syria: 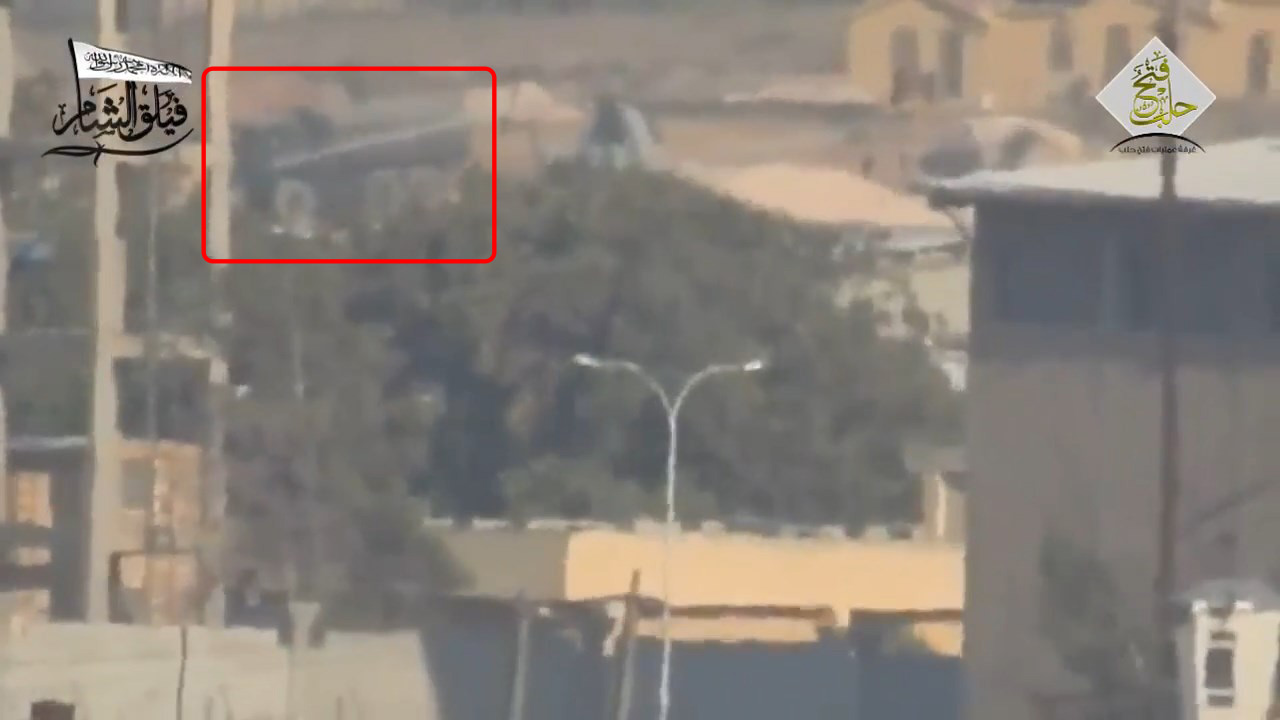 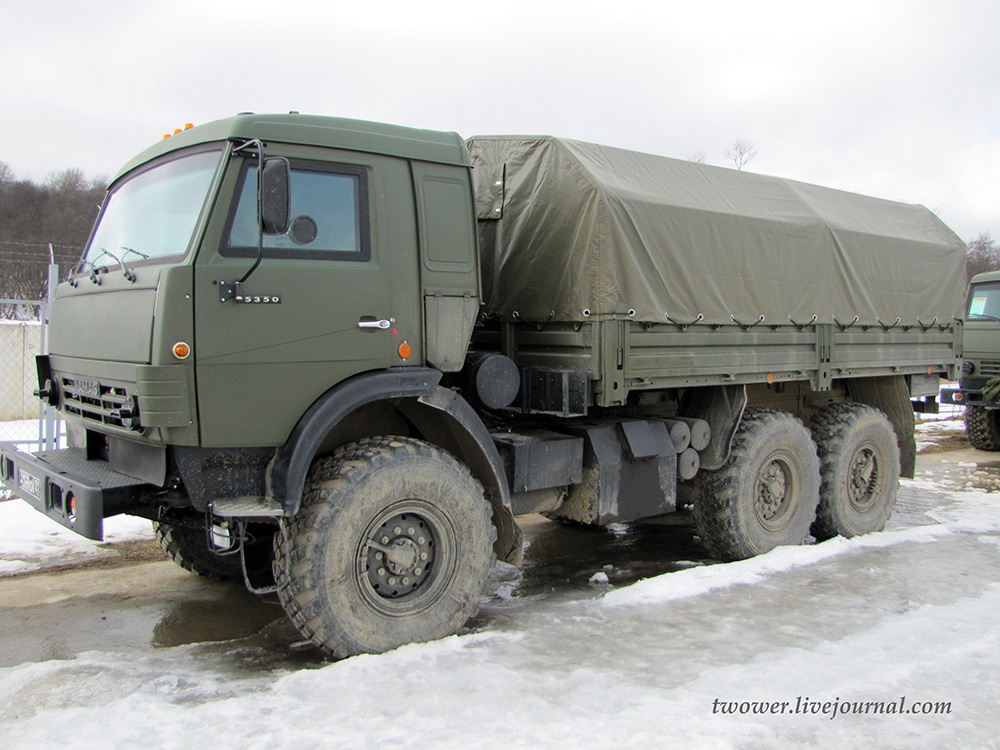 What troops did Nikita Shevchenko serve in?

A local media from Shevchenko’s home town of Birobidzhan published photos showing a farewell ceremony for the soldier. One of the pictures shows a photo of Aleksandr Shevchenko in a Russian uniform: 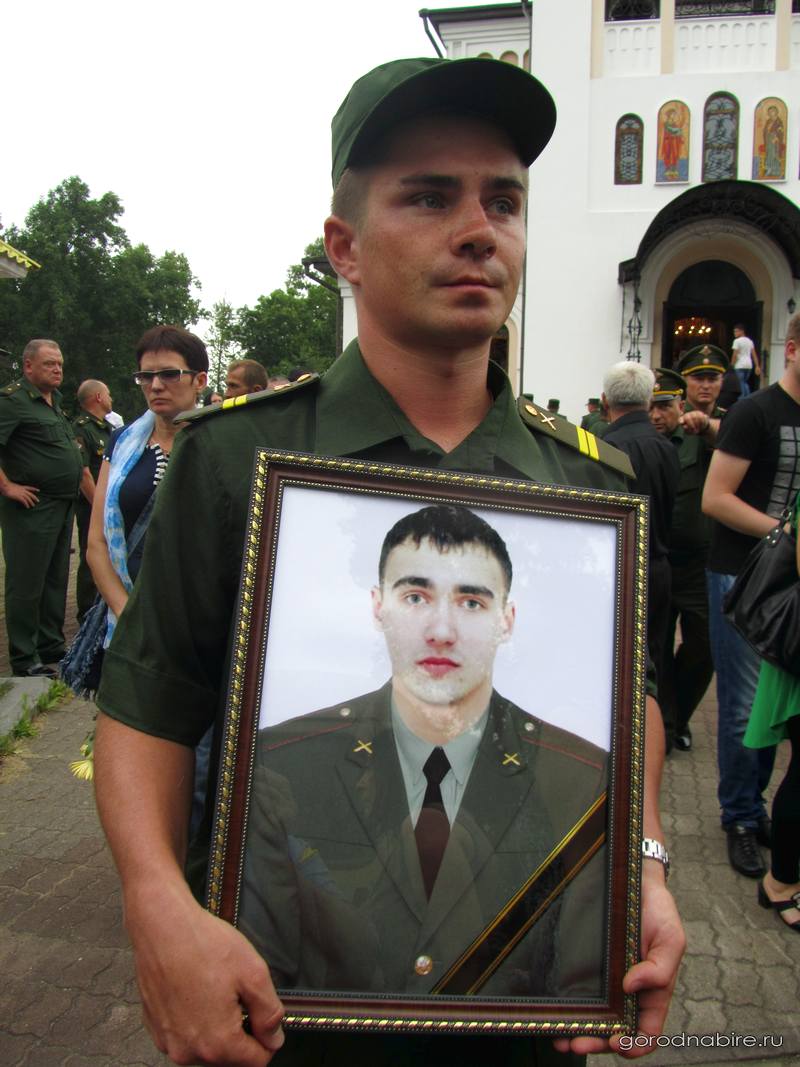 The photo clearly shows the insignia of rocket and artillery forces: 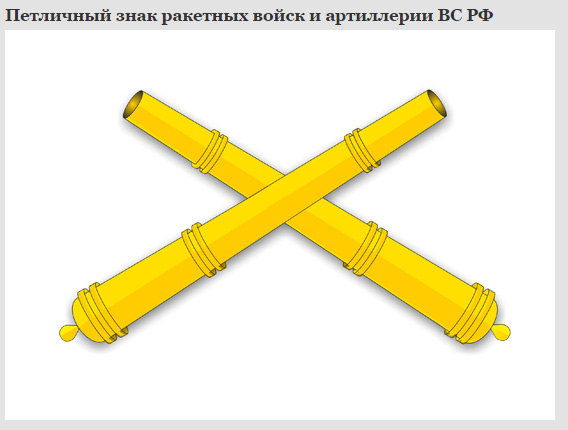 This begs the question: why did an artilleryman guard a humanitarian convoy? Russian convoys and cargo in Syria are guarded by marines, not artillerymen. Earlier, we’ve showsn that Russian artillery crews are fighting in Syria using Msta-B howitzers and BM-21 Grad and BM-30 Smerch MLRS.

On July 17, Faylag al-Sham posted a video showing an ATGM strike on a 9K57 Uragan MRLS. July 17 was also the day of Nikita Shevchenko’s last login to his vk.com (Russian Facebook-like website) profile: 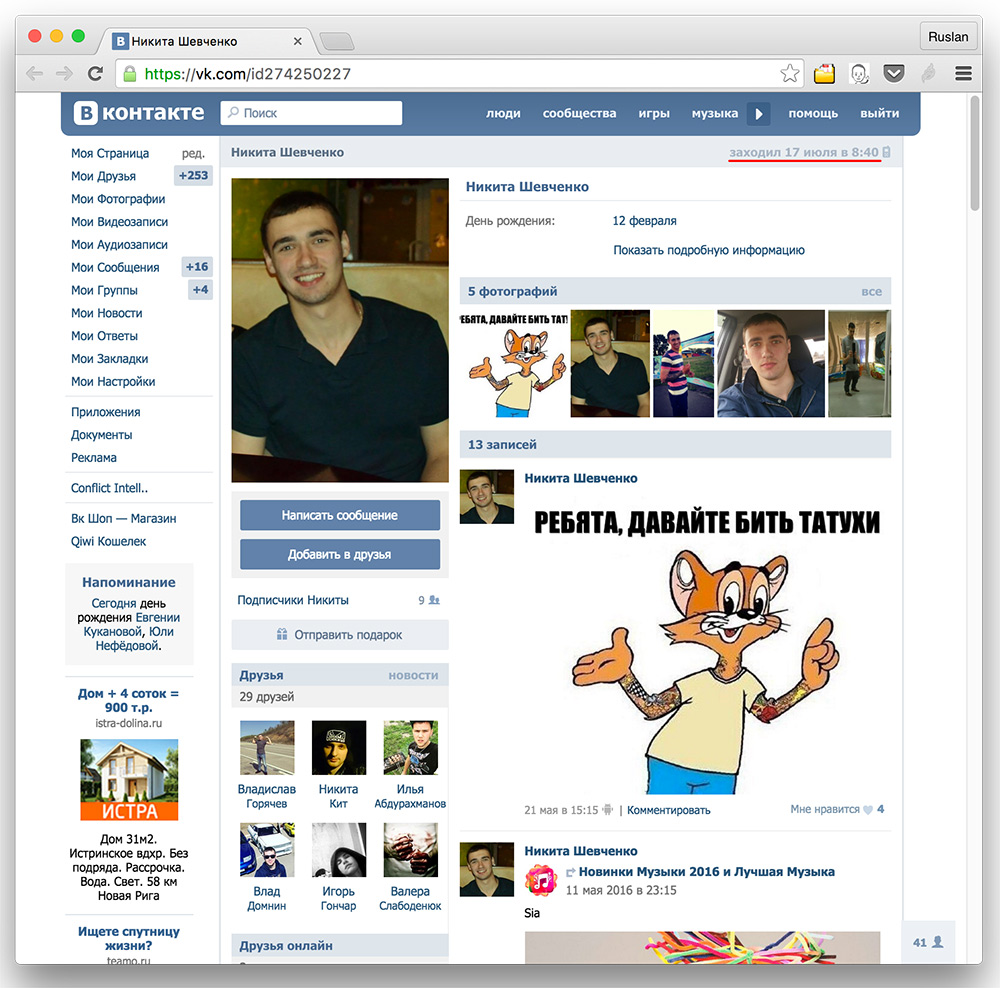 The tense situation in Aleppo could explain the arrival of Russian soldiers rendering artillery and other support to pro-Assad forces. Various videos with Russian vehicles (GAZ Tigr armored car, KAMAZ-5350 truck, 9K57 Uragan MRLS) are indirect confirmation of this. Nikita Shevchenko’s insignia suggest he was an artilleryman, which casts doubt on the claim he was guarding a humanitarian convoy. Syrian rebel group “Sham Legion” has been posting videos of ATGM strikes on military vehicles and personnel. They have also claimed killing Russian officers. On July 17, “Sham Legion” posted a video of an ATGM strike on a 9K57 Uragan MRLS, which is used by Russian artillery. On the same day, the deceased artilleryman Nikita Shevchenko logged in into his vk.com account for the last time.

All of the above suggests it is possible that Nikita Shevchenko was killed in a July 17 ATGM strike on a 9K57 Uragan MRLS at Al-Nayrab airbase to the south-east of Aleppo city.

The version of the Russian MoD that Shevchenko was guarding a humanitarian convoy, as well as “Sham Legion” suggestion he was killed on July 18 in an ATGM attack on a group of Russian communications technicians, are less likely.

P.S. Special thanks to @AbraxasSpa and @bm21_grad for help in preparing this report.