Whose apartment? Russian journalists were likely greeted by an impostor at Salisbury suspect address

On Tuesday, October 9, Russia’s independent TVRain channel reporters, using our tip, visited the registered adress of Skripal suspect Aleksandr Evgenyevich Mishkin. A man opened the door and introduced himself as Aleksandr Dmitrievich Mishkin (different patronymic from the Skripal suspect). He did not recognize "Petrov"-Mishkin in the photo, even though he’d seen news on the suspected poisoners. The man appeared surprised that he was almost a full namesake of the suspected GRU agent. According to the man, he works at Russian state Gazprom company and lives in the apartment with his family. They’d allegedly bought the apartment in 2013 from elderly people and had lived there since. 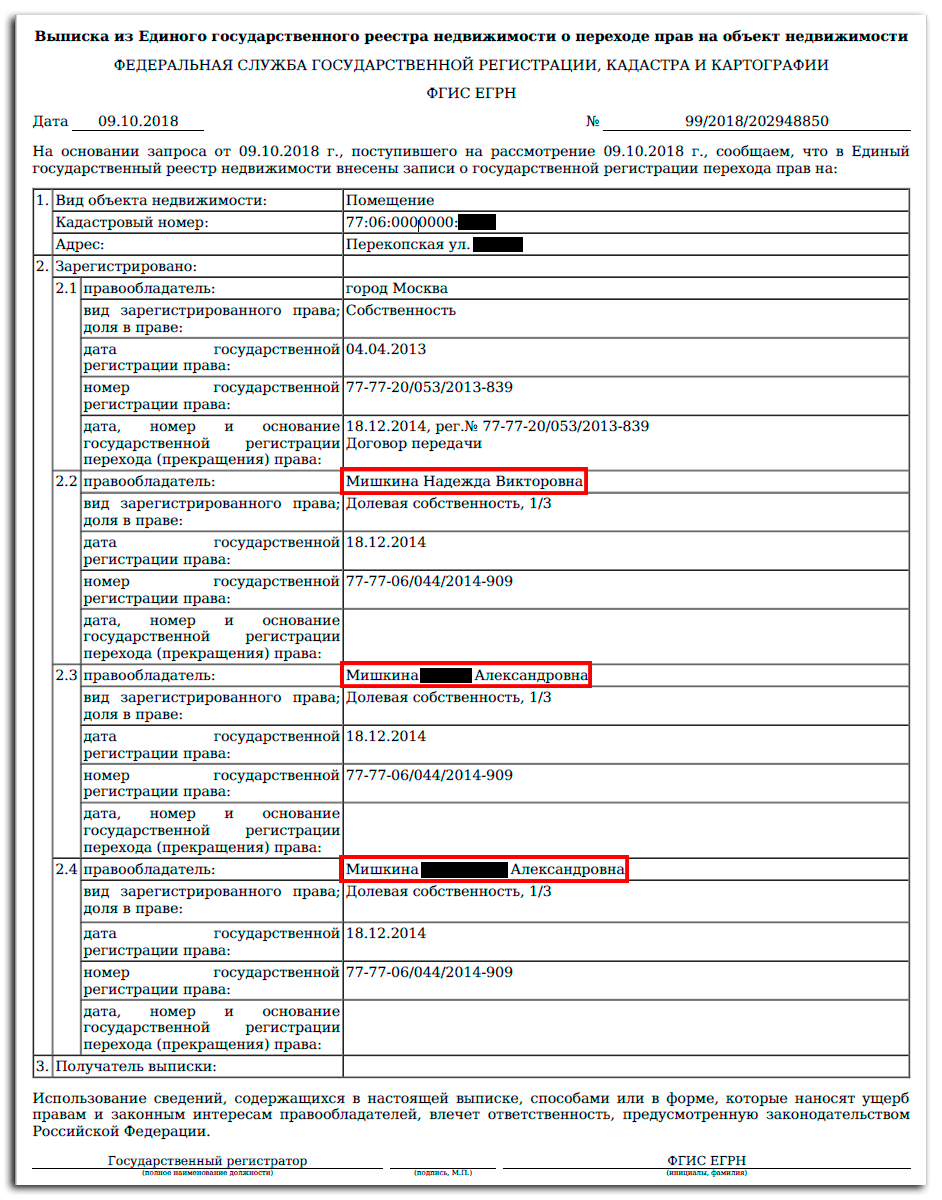 This could be a real family of an unsuspecting person who opened the door to the reporters — or it could be the family of the GRU Mishkin with an impostor sent by the authorities.

We managed to find Nadezhda Viktorovna Mishkina’s connection with the Skripal suspect, once again using his car information. According to information from databases, a KASKO car insurance policy for Aleksandr Mishkin’s Mercedes included Nadezhda Viktorovna Mishkina as a person permitted to drive it. Having obtained full data on Mishkina’s drivers’ license, we double-checked it using open-source Russian Vehicle Insurance Alliance services. 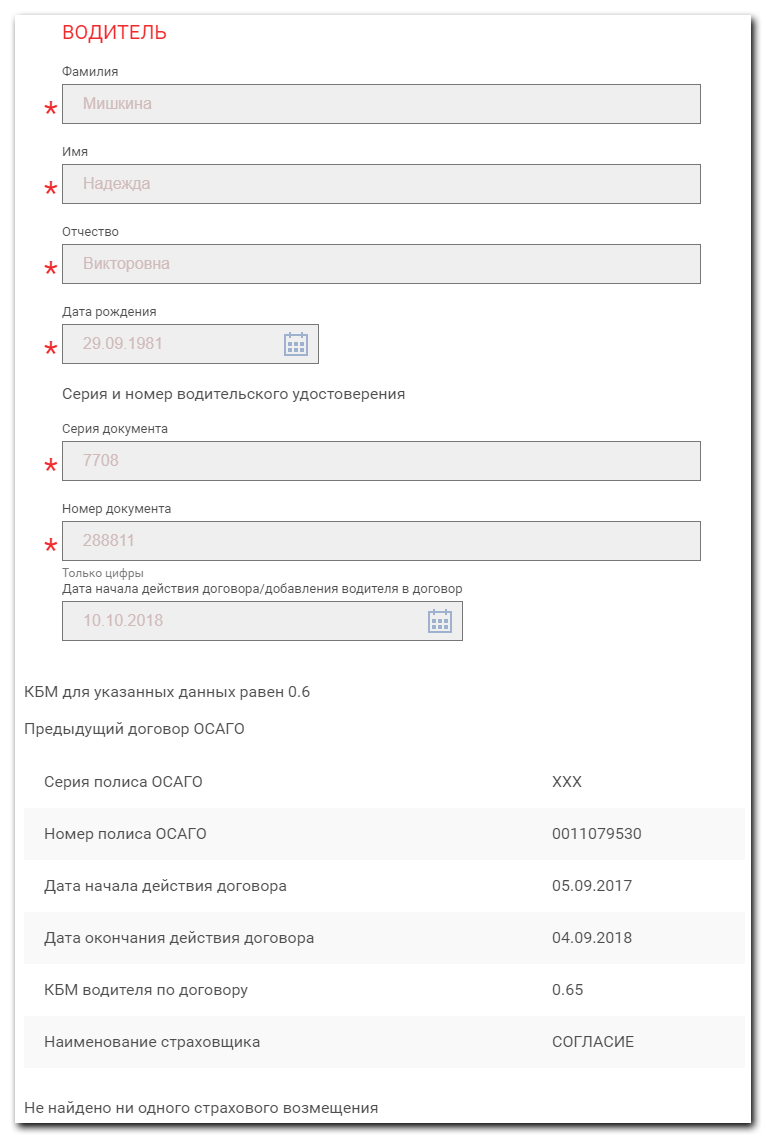 When we input the drivers’ license data for Aleksandr Evgenyevich Mishkin the Salisbury suspect, we see that he holds the same "Soglasie" insurance policy: ХХХ 0011079530. 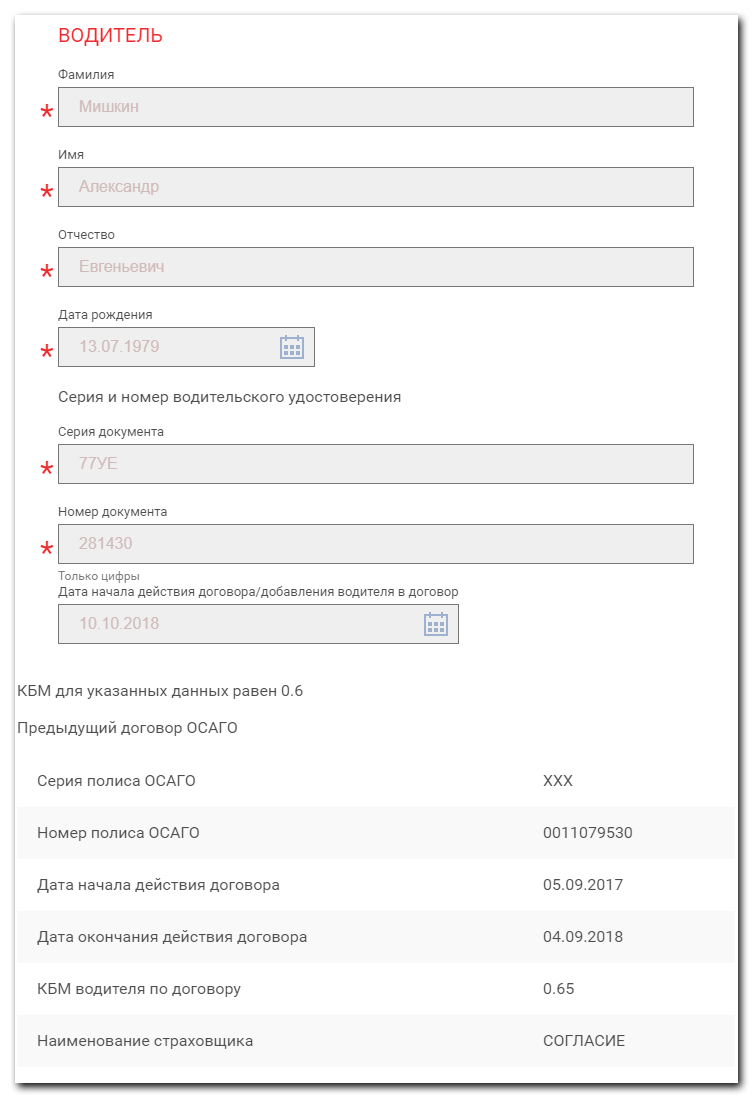 Now we use another service that yields data on a vehicle using an OSAGO insurance contract number. This service shows us that the OSAGO policy was issued for a car with a state registration number С 333 РТ 77 and a VIN code YV1CM5957C1643180. 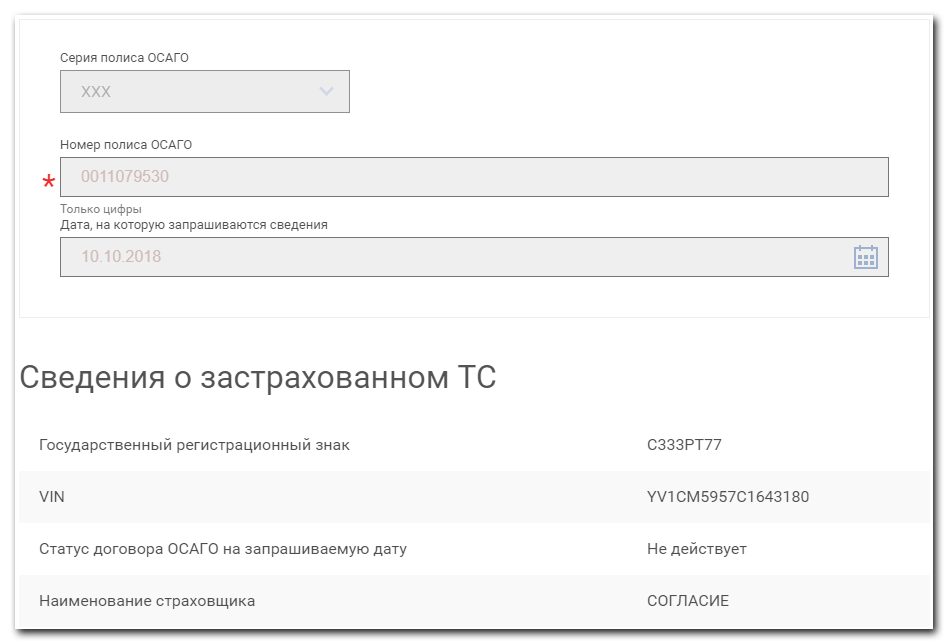 Aleksander Mishkin’s Mercedes has a different number (Т 705 ТТ 99) and a different VIN code. The car data services we mentioned earlier, such as the AvinfoBot Telegram bot, helped us to find out that this VIN code and number plate belong to a Volvo XC90 car which is also owned by Aleksandr Evgenyevich Mishkin. 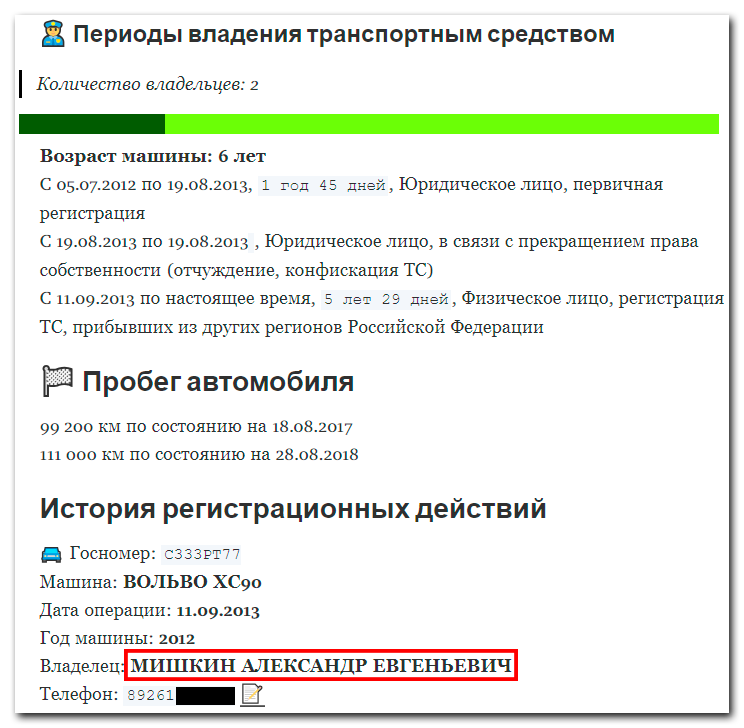 According to Avtokod, since this car was first purchased in 2013, it hasn’t been re-registered to a different person. Therefore, it still belongs to Aleksandr Evgenyevich Mishkin. Moreover, the Bellingcat investigation team also found this car and independently confirmed it belongs to Aleksandr Mishkin the Skripal poisoning suspect. 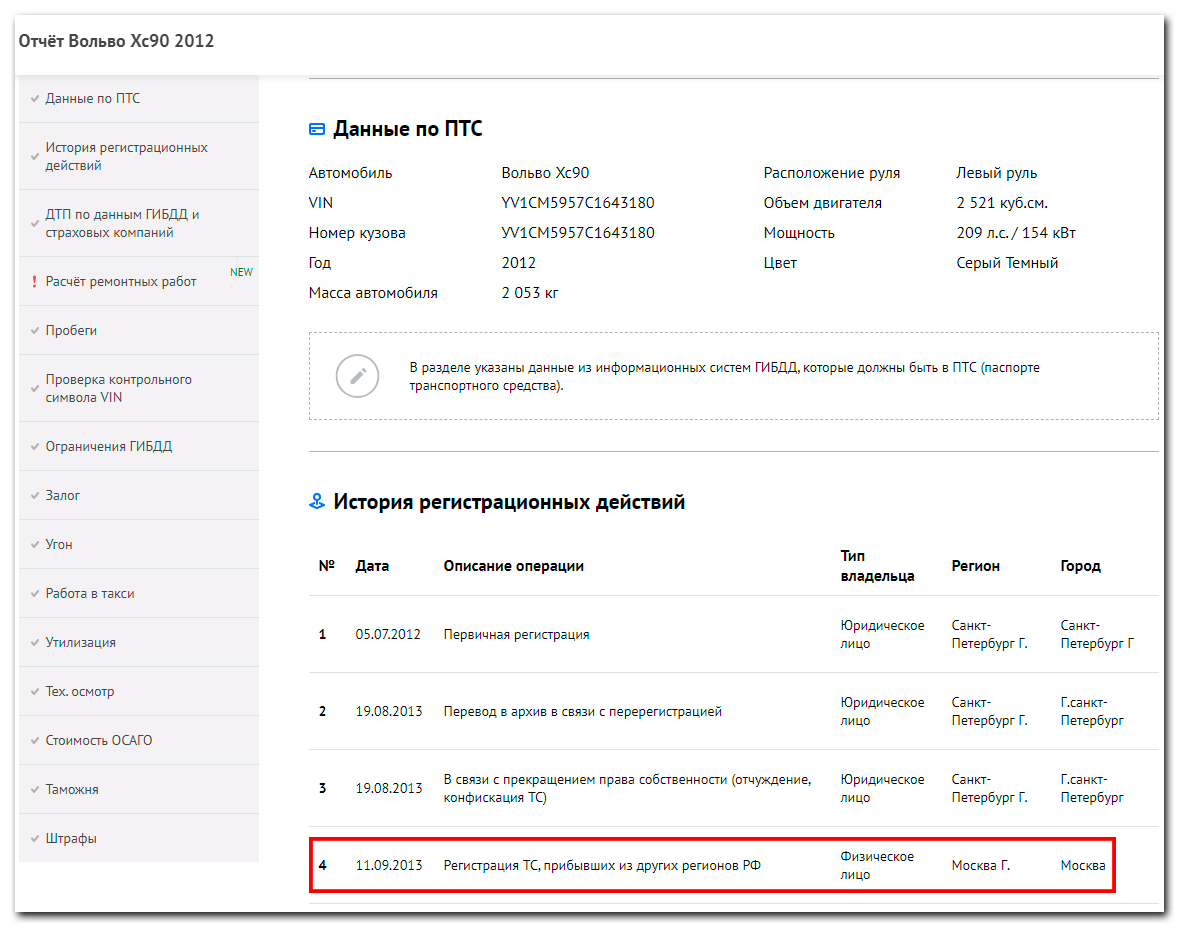 We are sure that Aleksandr Evgenyevich Mishkin ("Petrov") is indeed registered at the address visited by TVRain reporters. This is confirmed by the following documents:

1) Mishkin-"Petrov’s" internal ID document page with registration address obtained by our team;
2) a photograph of the vehicle registration certificate for the Mercedes GLS 350 D car which lists as owner Aleksandr Evgenyevich Mishkin who lives at the same address: 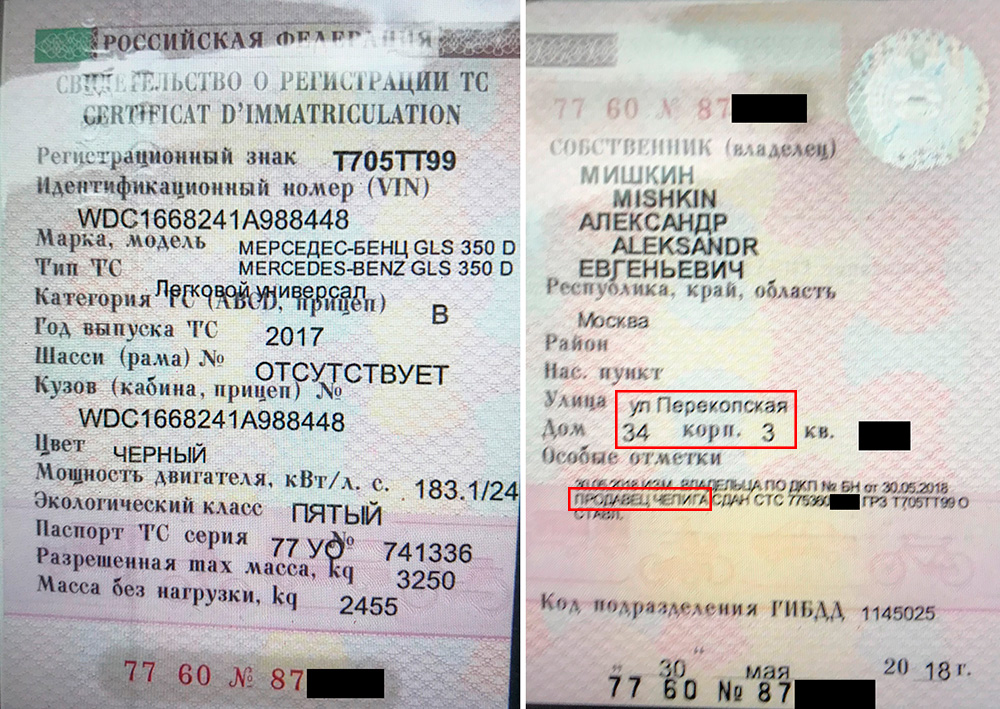 3) a photograph of the vehicle passport for the Mercedes GLS 350 D with the same data as above: 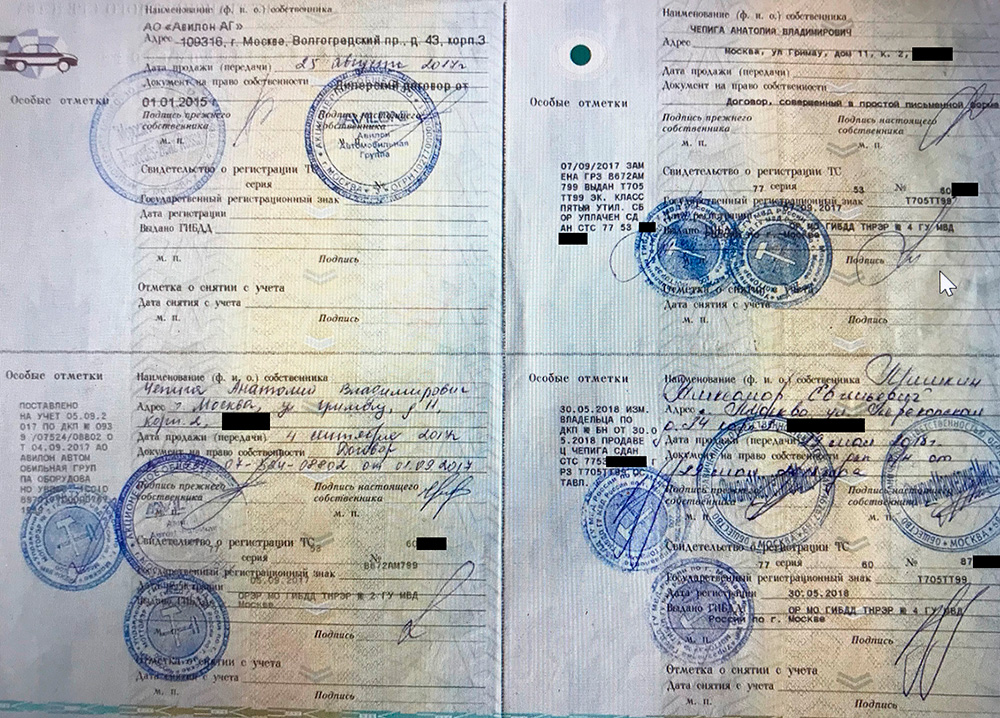 Journalists also visited the registration address of Anatoliy Chepiga (the other Skripal suspect presented intitially as "Ruslan Boshirov" and ID’ed earlier by Bellingcat and The Insider). The doorkeeper told them no one had lived in that apartment for 2 years. Interestingly, near Chepiga’s house they were met by an unknown man who, upon finding out the purpose of their visit, showed some kind of government employee ID and demanded that the journalists leave immediately.

An excerpt from the state registry for this apartment states that it belongs in equal parts to Anatoliy Vladimirovich Chepiga, Galina Viktorovna Chepiga and two more property holders with last names "Chepiga" and patronymics "Anatolyevna / Anatolyevich" (i.e. their father is named Anatoliy). 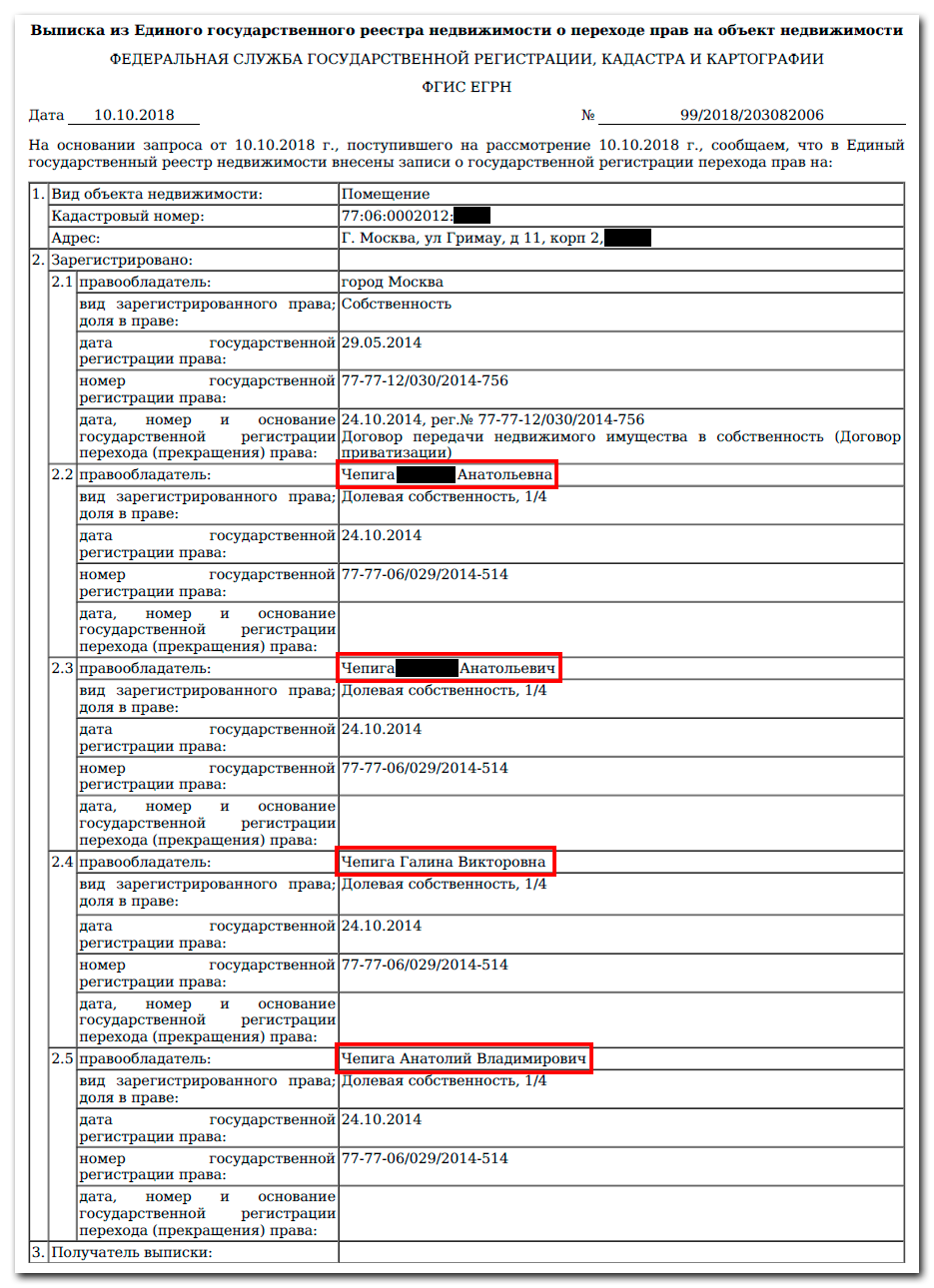 Just like in the case with Mishkin ("Petrov"), we are sure that Anatoliy Chepiga ("Boshirov") is registered at this address. We believe so based on the following documents:

1) A photograph of Anatoliy Chepiga’s internal ID obtained by us which shows the registration address;
2) data from the vehicle passport for the Mercedes GLS 350 D, which lists as a former owner Anatoliy Chepiga, who is registered at that address.

The fact that the "Salisbury Mishkin" is registered at the apartment allegedly inhabited by his almost full namesake (the only difference being the patronymic) could indeed be a coincidence or an elaborate GRU plot. However, the apartment being partly owned by a full namesake (including partonymic) of a woman who is registered as a driver of Aleksandr Evgenyevich Mishkin ("Petrov")’s car suggests that in fact the journalists were greeted by a person sent to Mishkin’s apartment in anticipation of their arrival.